Everything About Gay TURKEY

Information about gay life in Bursa 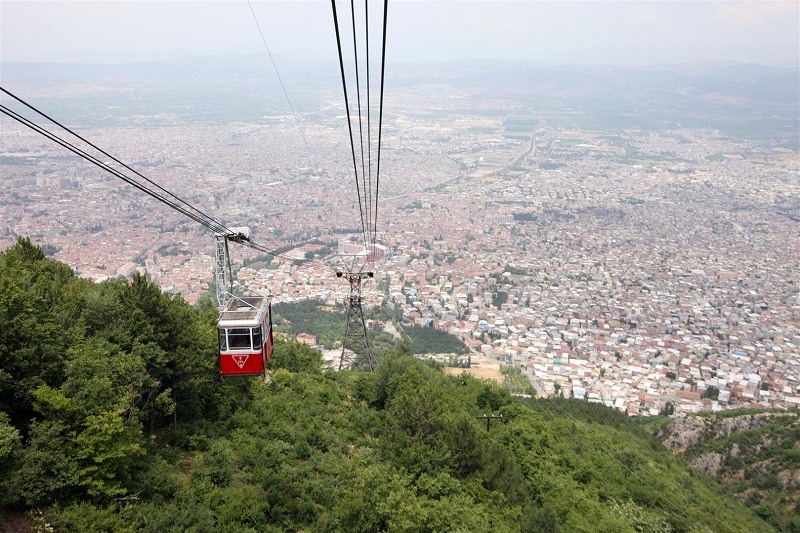 Attention: Most venues on this website are listed without the approval of their owners and they are not all necessarily gay or gay-friendly places. We do not guarantee the accuracy for the information provided by website visitors, especially. Moreover, there may be some changes with the information given here which we have not obtained yet, although we are trying to be as update as possible. Please note the indicated dates in order to understand how up to date the information is. Please use the provided information accordingly, otherwise we do not undertake responsibility for any problems you may encounter.


Gay Bars and Clubs in Bursa:
There is not any exclusively gay cafe, bar club in Bursa


Gay Friendly Cafe, Bars and Clubs in Bursa
Following venues are reported by local visitors as gay friendly venues, but this not yet confirmed by the owners. They may be worth trying but do not expect a visible gay-scene in these venues.

King's Burger Cafe
Address: Aliıparmak Caddesi, No:64 Bursa (center)
This venue was recommended by a Turkish website visitor as a nice place where gay men and even transvestites can go comfortably. Open 24 hours. (Submitted on 17/08/2009)

Q Plus (22:30-05:00)
Address: Within Kultur Park, Altin Ceylan Tesisleri.
Q-Plus is a live music bar & club, a part of Altın Ceylan establishment; a complex of entertainment venues within Bursa Kultur Park. It has a total of 400-500 person capacity, frequented by elites of Bursa. It is a concert venue for popular singers of the country visiting Bursa. (13/07/2008)

Club S
Address: Within Kultur Park, near Ipekis entrance gate. Ipekis is historical textile company (since 1925) has a complex of buildings near Kultur Park. (13/07/2008)

Mahfel Cafe
Address: On Setbasi Koprusu (bridge), across Sehir Kutuphanesi (city library)
It is said to be popular meeting place for elites and upper class of Bursa crowd. (13/07/2008)

Gay Friendly Cinemas in Bursa:
Although there is not a gay exclusive cinema in Bursa although some straight porno-cinemas are frequented by gay men. Because of Turkey's bisexual culture it's possible to have some limited action in most of such places. In a few of them gays are really welcomed. But still better be a little discrete , because they are open to the public. Make sure that you are approaching the right person because they are all visited by straight men as well.

Gay Friendly Sauna or Bath Houses in Bursa:
Homosexuality is not, and has never been illegal in Turkey and individuals can not be punished by any law for homosexual action, but any sexual action (gay/straight) is still forbidden in public venues and can be a reason for periodical closure of the venues by the authorities. Probably for that reason most owners of action places such as cinemas, baths and saunas do not like to be mentioned on gay websites or guide books even if they want them to come to their venues for business reason.


Sauna or Bath Houses Recommended by Website Visitors
The places listed below are not gay venues and do not necessarily allow gay action inside. Although Bursa is very famous with its beautiful historical Turkish bath houses (hamam or hammam), only a few can be listed here and we recommend you to do it secretly if you get in touch with other clients, just in case.

Kara Mustafa Buyuk Kaplica
Address : Cekirge, Kaplicalar district, Bursa - Google Map
This venue was recommended by a website visitor and described as below:
"Recommended mainly for bears and admirors. Although the owners are not very gay friendly the place is still popular amongst some gay men. Do not be obvious in front of the owners or the staff. It is usually less crowded after 20:30 o'clock" (04/09/2007)
The Kara Mustafa Pasa Buyuk Kaplica Hamam consists of three rooms - a cold room, a warm room and a hot room. They are supplied with all the facilities that you may need for your pleasant stay. There are also dressing rooms and rest rooms. Kaplicalar district is named after / famous with many spas and hot spring resorts.

Cekirge Hamami
Address: I. Murat Caddesi, Cekirge Mh. Bursa - Google Map
This venue was recommended by a website visitor and described as below:
"It has private cubicles. It can be visited just as a nice hamam. Pretty cheap" (13/07/2008)

Located at the vicinity of Bursa Cekirge below the road level of I. Murad Street, the Cekirge Hamam was built in the XIV. Century in 1365. Its entrance is several steps below the road and the top of the hamam’s door is decorated with a brick motif that looks like sea waves.

Other Sauna or Bath Houses in Bursa:
We would also like to introduce some popular or historical bath houses in Bursa independent from their approach to gay people.

Timurtas (Demirtas) Pasha Hamam
Address: Demirtaşpaşa Mh. Bursa - Google Map
It was built by Demirtas Pasha’s son Oruc Bey at the end of the 14th century during the Yildirim Bayezid era. The hamam was in ruins for a long time and it was repaired in 1987 to function as a hamam again. It is being used as a hamam today. Open between 10:00-17:00 o'clock.

Dayioglu Hamam
Address: Ebu İshak Mh. 16230 Bursa Turkey‎ - Google Map
Located at the west side of Gokdere and in the vicinity of At Pazari (horse market), the Dayioglu Hamam is also called the At Pazari Hamam. First record regarding the structure dates back to 1605. However, the structure is very likely to have been built before this date. The water of the hamam comes from Gokdere. The Dayioglu Hamam is a double-hamam typology hamam. Even though the hamam was busy until the end of 1950 and was closed periodically, it has been serving the neighborhood today

Nasuhpasa Hamami
Setbasi (Osmangazi), 16010 Bursa, Turkey - Google Map
It was built near the Setbasi Bridge at the end of the 15th century by the Grand Vizier Mesih Mehmed Pasha who served during the Sultan Bayezid II. era. Due to Mevlana Nasuh and his son Mehmed being the trusteeship of the hamam, it was named as Nasuh Pasha Hamam. When the hamam was first built, it was a double-hamam but because the costs weren’t being met, the women’s section of the hamam was torn down in 1588 by the order of the kadi (Islamic judge) and the income was spent on the men’s section. The structure is being used as a hamam today and it largely preserving its authenticity with its current state.

Gay Cruising Areas in Bursa:
In general, the cruising areas - especially parks are where gay men should be very selective with the people they meet. Especially, be careful at night time and do not carry very valuable things and a lot of money on you, just in case.

Kultur Park
Around the lake in Kultur Park especially in the evenings. The park closes at midnight. The benches next to the pool in the park was also recommended by a website visitor (14/01/2009)
Info: Bursa Kultur Park (means culture park) is big park (393.000 km2), fairground and recreation spot assigned for cultural activities and entertainment facilities; also holds a conservatory, archeology museum, open air theater, funfair and picnic areas within its boundaries.

Tophane Slopes
The arboraceous slopes of Tophane district above Altiparmak quarter and the park at the top of the hill. Beware of isolated parts and do not go to dark area in late hours.

Kent Meydani & Metro Park
The vicinity of Osmangazi Metro station and Kent Meydani (main square of downtown Bursa) is becoming a meeting and cruising point for local gay men living in Bursa. The park opposite of Bahar Tip Merkezi (medical center) behind the Osmangazi Metro station is also recommended especially for gay-bears and bear-admirer by a website visitor, said to be busier after 22:00 o'clock.

Havuzlu Park
The park with a pool located next to Gençosman Postanesi (the post office at Gencosman quarter)
Popular cruising place for local transvestites, gay men and sometimes bears. (04/09/2007)


Gay Groups and Organizations in Bursa:
In 2006 and 2007 there was an unsuccessful attempt to organize a gay march in Bursa which was cancelled after severe "public" reaction and also a LGBT solidarity association which was unofficially declared to have been founded but later vanished for various reasons. Both incidents were pionered by local transvestites and transsexuals of Bursa rather than gay men or lesbians.

Bursa Ozgur Renkler
Ozgur Renkler (Free Colors) is a LTBT solidarity group initially formed by the students of Uludag University based in Bursa province. You can join their Facebook page to interact with the group members and to follow their activities.

LGBT Turkey
The meeting point of Turkish & none- Turkish gay men living / visiting Turkey. You can follow activities all over Turkey, including Bursa in this bilingual (Turkish & English) Facebook community page.

Unfortunately there is not any officially gay or lesbian hotels in Bursa but you can book all types and quality hotels all over Turkey via our Booking Com affiliate system.
> Make instant & secure hotel reservation via Booking Com.
> Free cancellation and special discounts are available!
> Best price guarantee by Booking Com

Attention: The reservation, payment and cancellation procedure of hotels will be handled via Booking Com.

Book Now!
All you need to do is to select your reservation dates below to search all Bursa hotels.
Booking Com

Please see below for special deals and last minute offers for hotels in Bursa.
Booking Com 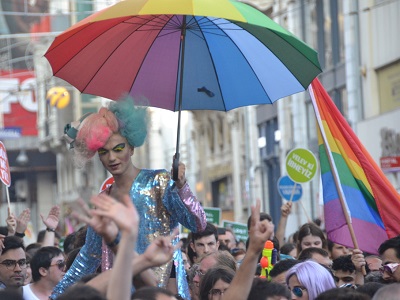 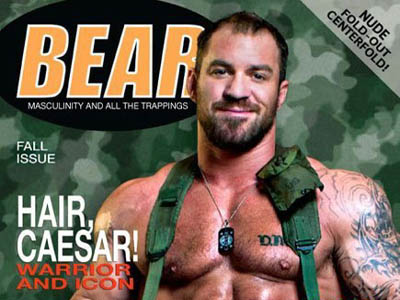 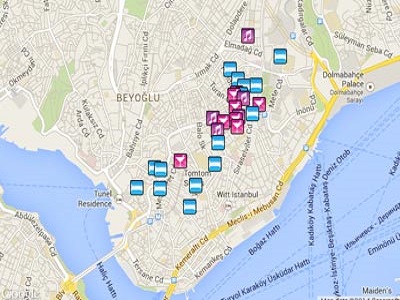 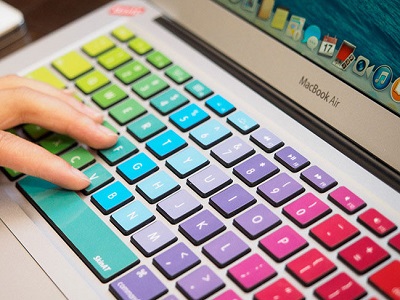 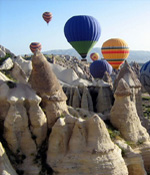 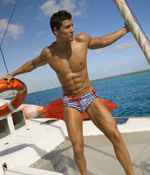